According to Bloomberg, Apple is getting ready to unveil the iWatch soon. John Ive and his team of 100 engineers are working hard so the iWatch can be released by the end of this year.

It’s being rumored the iWatch will run on iOS and is expected to have a long battery life. While testing the prototype, engineers are finding out that the iWatch will only last for 2 hours, when it’s meant to last for four to five days. Apple’s new watch will allow users to make calls, check maps, identify incoming callers, and can track steps.

Bloomberg says the Global watch industry should make at least $60 billion in sales this year alone.

“This can be a $6 billion opportunity for Apple, with plenty of opportunity for upside if they create something totally new like they did with the iPod — something consumers didn’t even know they needed,” Citigroup analyst Oliver Chen told Bloomberg.

If Apple prices the iWatch right, it could become extremely profitable for Apple. 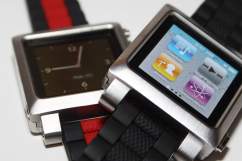