Windows 8 showed that Microsoft, the once dominant tech giant, was willing to completely overhaul its conventional operating system for something bold and innovative. Some of the features include live tiles — which provide live updates within the apps icon — a system wide search, brand new notifications that show up on the system’s lock screen, and snap side-by-side view for multitasking apps.

The new interface and gesture-based features are a complete departure from the traditional Windows Start Menu that so many users have grown accustomed to. Windows 8 was met with a lot of critical praise, and it seems Microsoft is planning to build on that. A new operating system update, called Windows Blue, has been spotted online. What do we know about the rumored Windows 8 update? Here are 10 facts you need to know about Windows Blue.

We’ll be updating this post with new news as soon as it breaks, so stay tuned.

1. A Copy of Windows Blue Leaked
A video and copy of Windows Blue, the rumored Windows 8 update, leaked last weekend. According to The Verge, the build that leaked is called 9364 and was originally compiled on March 15. The build has made its way to multiple file-sharing sites, giving a major glimpse at into the new Microsoft operating system.

2. Windows Blue May Have Some Big Changes
According to The Verge, Windows Blue will again alter the user interface and add some new features. Among them include varying tile sizes, more control over the color options, and side-by-side Snap Views. Snap Views will allow users to easily multitask between apps; it already exists on the desktop version of Windows 8, but the new addition will allow users to view four snapped apps at the same time.

3. We Can Expect Windows Blue Sometime This Year
It seems like Microsoft will take a page from Apple and offer a yearly update to its users, as opposed to an update that comes out once every few years. Apple was the first major operating system provider to push out yearly updates, to Mac OS X, which has gotten more and more popular as Windows slips.

4. Windows Blue May Be Coming to Haswell Ultrabooks
Intel’s Haswell chip will be reportedly tied to Windows Blue. Haswell is due to come out in June and is the next-gen mainstream processor from Intel that will merge the difference in processing power between tablet devices and ultrabooks. In a recent statement, Intel CEO Paul Otellni said that it would be the “single largest generation-to-generation battery life improvement in Intel history,” which means that the company has high hopes for Haswell products. Not only will Haswell chips improve the battery life, they will also work faster be a lot snappier.

5. SkyDrive will be Really Important In Windows Blue
Windows Blue will reportedly focus on improving SkyDrive, the Windows 8 cloud-based storage feature. A new panel in the settings app allows backing up devices to SkyDrive and automatically uploading photos or videos. It’s hard to say how different SkyDrive will be, since the settings app is still underdevelopment (as is Windows Blue). Cloud-based storage seems to be the future, with services like iCloud, BitCasa, Google Drive, and DropBox becoming more and more popular.

We’re looking for an excellent, experienced SDET to join the Core Experience team in Windows Sustained Engineering (WinSE). The Core Experience features are the centerpiece of the new Windows UI, representing most of what customers touch and see in the OS, including: the start screen; application lifecycle; windowing; and personalization. Windows Blue promises to build and improve upon these aspects of the OS, enhancing ease of use and the overall user experience on devices and PCs worldwide.

7. We May See Windows Blue in a Few Months
With leaks surrounding Windows Blue coming out left and right, it’s only a matter of weeks before we can see Windows Blue. Most likely, Microsoft will release the update as a public (or private) beta first, before the company releases the update to the entire public. Usually, leaks start coming out as companies like Microsoft are putting the finishing touches on products and software.

8. Expect Some Brand New Built-In Apps
According to The Verge’s hands on review of Windows Blue (we can assume that they found a copy on file sharing sites, considering the build hasn’t been released), Windows Blue will have a lot of new built-in apps as well, similar to Apple’s iOS and OS X mobile and desktop operating systems. An Alarms app allows you to set daily alarms, a new sound recorder lets you quickly record audio with a microphone, and a new calculator app has scientific modes and options to convert weight, temperature, volume and more.

9. There May Be a New Movie Editor
The Windows Movie Maker app has been pretty successful, but there are definitely some better programs (Apple’s counterpart, Quicktime, is not much better). Microsoft is expected to introduce a new app called Movie Moments that will allow users to add captions to movies and export files to the pictures folder. The app sounds like it could be better than Quicktime, so maybe Microsoft will be prepping a version for OS X, but don’t hold your breath. But a new movie editor could be an interesting area for Microsoft to go, since there aren’t any extremely capable video editors available for free.

10. Bring On Internet Explorer 11
The once dominant web browser, Internet Explorer, has faced stiff competition from Google Chrome, Mozilla Firefox, and even Apple’s Safari. However, IE11, which is rumored to be attached to Windows Blue, is expected to have some brand new features. It seems like an IE11 beta will be available when the Windows Blue public beta becomes available. 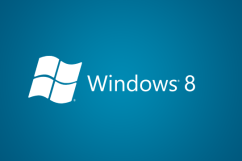