Share via E-mail Share on WhatsApp
iOS users who were hoping for a jailbreak for the most recent iOS 6 update released by Apple, iOS 6.1.3, will be very disappointed. According to Evad3rs member pod2g, the group that cracked iOS 6 will not be wasting their efforts with any minor iOS 6 updates, opting to hold out for the next major iOS release, most likely iOS 7. 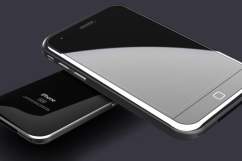 According to pod2g, it there’s no reason to waste exploits that can simply be used for iOS 7, which may mean that iOS 7 could be jailbroken quicker than iOS 6, which took over five months to crack. Reports indicated that the Evad3rs team has many more exploits up their sleeves, but are waiting it out till iOS 7 is released. The reason is that they don’t want Apple finding out about the flaw within iOS that make it easier to jailbreak before a suitable jailbreak tool is released for the next major iOS update.

Major iOS updates are usually unveiled at the World Wide Developers Conference, or WWDC, and iOS is typically refreshed annually. iOS 6 was introduced at WWDC 2012 and released alongside the iPhone 5, which came out in September. We should expect the same schedule for iOS 7.

For those iPhone, iPad, iPad Mini, and iPod Touch users who can’t live without a jailbroken device, the Evasi0n jailbreak tool is still available for iOS 6.0 to iOS 6.1.2. But, if you update your device to iOS 6.1.3, you won’t be able to jailbreak your device.