We just hit 50 billion app downloads. Thank you. It couldn’t have happened without you. #50BillionApps tw.appstore.com/hgE

It took Apple Store customers 14 months to get from 25 billion downloads to 50 billion.

On Thursday morning Apple formally announced the passing of the milestone and named the winner of the race, Brandon Ashmore of Mentor, Ohio, who downloaded Say the Same Thing by Space Inch LLC. Apple awarded Ashmore a $10,000 App Store gift card.The 50 people who downloaded apps right after Ashmore will receive a gift card for $500.

Apple launched the contest at the beginning of the month and added a count-up timer first in iTunes and later on the homepage of its website. The last big contest for the App Store was in March 2012 when Apple was waiting to hit the 25 billion benchmark. A customer from Qingdao China, Chunli Fu, was the winner, taking away a $10,000 gift card.

Apple may be just ahead of its key rival: Google announced on Wednesday at its I/O conference that the Google Play store now stands at 48 billion app installations. Apple says its customers download more than 800 apps per second at a rate of over 2 billion apps per month on the App Store, which first opened with 500 apps in July 2008. Apple also said the overall payout to developers is more than $9 billion. 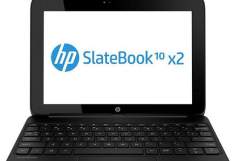