One day after iOS 7 was released, users spotted a big glitch within the lock screen. Through a simple trick, locked iPhones could be hacked to use simple features like e-mails and tweets. Apple seeded an update to correct this issue but another weakness was discovered.

Cult of Mac posted this video in which a user noticed that passwords could still be bypassed. However, there are a few differences with this trick since it requires another Apple product to be in close proximity. Here are the steps below from Cult of Mac.

-Call another device you have nearby from a locked iPhone using Siri or voice control
-Tap the FaceTime button
-When the FaceTime app appears, hit the sleep/wake button
-Unlock the iPhone again
-Answer the call on the other device, then immediately end it
-After a few seconds, you’ll be taken to the Phone app

Although it requires another device to be in contact with it, this is still a serious vulnerability. It enables hackers to see your entire contact list as well as access your camera roll and other core features. All of that is wide open from the phone app. Apple quickly installed this update which means that this error will hopefully be eradicated soon. 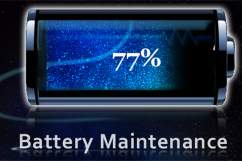 iOS 7 Features: Top 5 Tips To Save Battery Power On Your iPhone 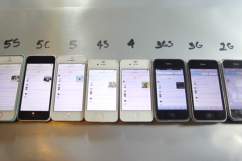