An iOS version of Google Music may be launched sometime this month.

Google Music could be launched as an iOS app sometime this month according to Engadget. The company is currently testing a native app to identify and eradicate any bugs or glitches that may surface.

During Google I/O, Android chief Sundar Pichai announced that the arrival of a Google Music iOS app was imminent but this is the first piece of news we’ve heard about the program in a long time. Developers are testing an internal beta to correct DRM issues reported by The Verge.

All third party clients like the gMusic app are being updated to support the streaming service. Positioned as a direct competitor to Spotify, the subscription-based music source allows customization for radio channels among other features. Its unknown when the specified release date will be but it would be interesting to see how this app could interface with iTunes Radio. We’ll keep you updated as this develops. 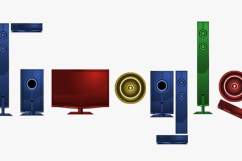 Read More
Apple, Apps, Google, iOS Apps
Google Music could be launching an iOS app this month after they remove a few bugs and glitches found in the program according to new rumors.