Twitter has revealed the official price of its IPO. The cost will be between $17-$20 dollars and the company will offer 70,000,000 shares for next month. Techcrunch notes that the company’s IPO range had dropped in anticipation of the arrival on the NYSE.The debut of Twitter will send the company’s value skyrocketing. It’s estimated worth would send it up to $12 billion. The rumored appearance of Twitter on the stock market is believed to be November 6th.

Twitter is continuing to try and round out their services by adding more features for users. Today, they hired Vivian Schiller to run news partnerships while their attempts to attract a bigger audience for television has been impressive. 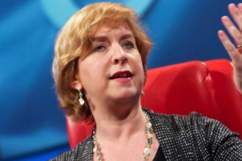