In a move that Gizmodo called a “massive surprise,” Google has sold off Motorola Mobility to Lenovo for just under $3 million. Here’s what we know so far about this breaking story.

1. Google Sold Motorola Mobility For Less Than the Purchase Price

According to the New York Times, Google purchased Motorola Mobility for $12.5 million back in 2011. Today, it was sold off for $2.91 million…a sum that barely puts a dent in the $3.2 billion that Google shelled out for Nest Labs earlier this month.

2. This Is the Second Motorola Offering Google Sold Off

Pace and Arris Group are said to be favorites to acquire Motorola Home from Google http://t.co/cFidsz2S by @jemimah_knight

Back in 2012, Google sold off part of Motorola Mobility to the Arris Group. Google parted with Motorola Home’s set-top box division for $2.35 billion, according to CNNMoney. The Arris Group was in competition with Pace, a British set-top box company, for the sale. Google was believed to have been eager to sell off this part of the company, as Motorola was being sued by Tivo at the time.

3. Lenovo Is in a Buying Mood

Lenovo recently purchased IBM’s x86 server business, a move that Lenovo VP Gerry Smith explains in the video above. The IBM sale, reported by CNET at $2.3 billion, also included an agreement for Lenovo to re-sell IBM storage systems and software. Lenovo also was in talks to buy BlackBerry, though those talks did not pan out.

4. Google Might Have Sold Motorola Mobility to Please Investors

The Verge notes that news of the sale comes just one day before Google is expected to report their quarterly profits. Given the fact that the Motorola unit sustained heavy losses while a part of Google, the timing of the sale seems to suggest an attempt to placate shareholders.

Loving the G+ comments for Larry Page about the #Motorola sale. Internet honesty at it's finest. https://t.co/u16ef7T12n

UPDATE: TechCrunch reports that Google will keep the “vast majority” of Motorola Mobility patents. Google retains Motorola’s patents. Lenovo will get some of the patents, and licenses to use others. Google Plus users took to CEO Larry Page’s page to leave comments like “You just lost 7 billion, and for what? A few patents? Really, really bad move” and “Well done. Get cash, remove liability, keep patents.” 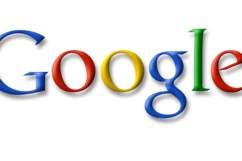