Dropbox is one of the more well-known cloud storage services for consumers and professionals. You can flip through photo albums, edit and share important documents, and email attachments straight from Dropbox. Even if you lose your device, your personal data will be safe in Dropbox. Dropbox gives users 2GB of free cloud storage. You can download Dropbox from the Google Play Store here. 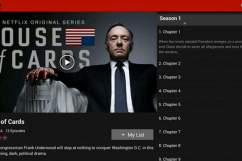