Amazon Prime recently saw a price increase of $20/year. This price hike has many people considering whether they should ditch their Prime account in favor of services like Hulu or Netflix. Here’s our comparison of these three services.

Amazon Prime now costs $99/year, after the price increase. In contrast, 12 months of Hulu Plus costs $95.88. A year of streaming-only Netflix service also costs $95.88. If you want streaming Netflix along with physical DVDs (one-at-a-time), this will cost you $191.76/year.

Prime, Hulu, and Netflix are constantly trying to outbid each other in an attempt to get exclusive rights to popular shows.

Hulu has made itself stand out from the other two services thanks to their large library of exclusive British TV shows, including new episodes of “Coronation Street” on a daily basis.

Prime recently made headlines when they locked down exclusive rights for BBC America’s “Orphan Black,” and the site actually has a tool for finding content that’s not on Netflix. Amazon Prime also differs from Netflix and Hulu in that you can rent or buy content that isn’t available as part of the basic streaming package.

Netflix has made a name for themselves with a library of critically acclaimed original dramas, most notably “Orange is the New Black” and “House of Cards.”

One thing to bear in mind: TV show streaming rights are constantly in flux. Right now, for example, Amazon Prime is the only one of these “big three” streaming services offering Downton Abbey…but that was not the case just a few months ago. Often, if you are patient, the show you want to watch will end up on your streaming service of choice. It just might take a while.

If you want to learn more about the different shows offered by these three services, Lifehacker recently put together a chart that shows which popular programs are available on each service.

Lifehacker declared Netflix the best service out of the three, noting “unless you’re looking for something obscure or extremely old, you’ve got roughly a coin-flip’s chance of finding it on Netflix.”

Hulu, Amazon Prime, and Netflix all have unique perks that set them apart from the competition.

Netlfix is the only service on the list that will also let you rent DVDs from your queue.

Amazon Prime streaming service also entitles you to free 2-day shipping on all your Amazon.com orders.

Hulu’s main “perk” is their exclusive stable of TV content, with an emphasis on contemporary British TV. Hulu also offers “morning after” episode uploads of shows that are currently on the air.

Both Amazon Prime and Netflix offer ad-free viewing, while Hulu Plus is ad-supported.

4. Prime vs. Hulu vs. Netflix: Availability

Amazon Prime, Hulu, and Netflix are all widely available on various platforms. They all have apps, and also allow you to watch using channels on set top boxes like Roku.

If you’re traveling, you can only access Hulu content in the USA and Japan. Amazon Prime content is also hard to view outside of the US. Netflix is actually available in a wide variety of regions, but not all regions have access to the same content library.

You may be able to get around these geographic restrictions by using a VPN service.

5. Prime vs. Hulu vs. Netflix: Conclusion

I'm pretty sure we just made good on our Amazon Prime subscription. Child included for size comparison. #winning pic.twitter.com/BSZ51qJP

When it comes to price, all three of these services cost roughly the same. Prime costs a few dollars more, but considering the savings you get on fast shipping for Amazon.com orders, the extra cost of Prime isn’t much of a hardship.

All in all, these three services are fairly comparable. The main draw for all three of these services is content, which changes from month to month. One downside of Amazon Prime is that you pay for a year of service in one go, instead of monthly.

If you can only have one streaming video service, Netflix is often people’s top choice. That being said, even with the price hike, Amazon Prime is a solid option for frequent Amazon shoppers, fans of Amazon’s exclusive content, or people who want to have the option to buy or rent videos, as well as stream them. 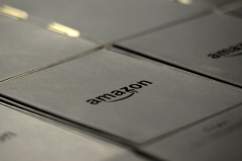 How to Get Around the Amazon Prime Price Hike & Pay Less

Read More
Amazon, Amazon Prime, Hulu, Hulu Plus, Netflix
In the wake of Amazon Prime's $20 price hike, is Prime still as good as Hulu or Netflix? We compare these three streaming services.