Music legend Neil Young is launching PonoMusic this week. What is PonoMusic, how much will it cost, and why should you care about yet another music service? Here’s everything you need to know about the impending launch of PonoMusic.

Like FLAC and MP3 files before it, Pono is a new audio format that aims to provide listeners with the best quality sound. Geek.com reports that the goal of Pono is to produce audio that faithfully reproduce the sound musicians hear in the recording booth when they’re laying down tracks.

The Guardian reports that Warner Music Group, Universal Music Group, and Sony Music have all reached agreements with Neil Young to release Pono-friendly music files. This kind of record label support lends legitimacy to Young’s new endeavor. It also ensures that listeners can find the music they love best.

3. PonoMusic Will Have Its Own Music Player

“Almost two years since Neil Young trademarked slogans to accompany his burgeoning MP3-replacement service PonoMusic, the rocker will unveil his PonoMusic service this week and will be selling the PonoPlayer, which has an suggested retail price of $399, via his PonoMusic.com website. The service will also be available on Kickstarter, which will offer the player at a discount, beginning Saturday, March 15th…

The company said that the player would play back music at a level surpassing the typical smart phone. The service comes with its own iTunes-like media manager that can download music from its endemic store and load it onto the PonoPlayer.”

$399 may be too pricey for some music fans. As a basis for comparison, $399 is also the price for a 64GB iPod Touch. However, many music fans may not be willing to cough up the cash for a separate music player when they can already store so much data on their smartphone. Also, some music fans are questioning the unusual, triangular design of the device.

4. Neil Young Is Passionate About PonoMusic

God Bless Neil Young. Can't wait to get my hands on 'Pono' Maybe this the wake up call Apple needs to upgrade the iPod classic

Last fall, Young issued a statement about his PonoMusic project. His description of the sound quality you get with Pono is pretty exciting. Young wrote:

“The simplest way to describe what we’ve accomplished is that we’ve liberated the music of the artist from the digital file and restored it to its original artistic quality – as it was in the studio. So it has primal power.

Hearing PONO for the first time is like that first blast of daylight when you leave a movie theater on a sun-filled day. It takes you a second to adjust. Then you enter a bright reality, of wonderfully rendered detail.

This music moves you. So you can feel. That’s why so many musicians are behind PonoMusic – this is important work that honors their art. This is the way they wanted you to hear their music.”

Too early to tell if Neil Young's Pono is going to be a good idea or not, but I'm rooting for hi-fi portable digital audio.

Gizmodo has a great breakdown of the specs on the PonoMusic Player. The player itself boasts 128GB of storage, which is enough space to hold between 100 and 500 albums. It will also offer expandable memory with a card storage slot. PonoMusic is expected to be DRM-free.

Pitchfork adds that the player will be “made with zero-feedback circuitry and a digital filter that stops ‘unnatural pre-ringing.'” 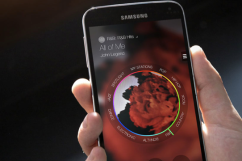