Renowned documentarian David Attenborough (pictured above) is working on a new film that will make use of Oculus Rift technology. Here’s what you need to know about his upcoming feature, “Conquest of the Skies.”

1. David Attenborough’s ‘Conquest of the Skies’ Compatible With Oculus Rift

2. This Is Not Attenborough’s First 3D Steroscopic Film

“The Rift has primarily been talked about as a gaming platform so far, but increasingly commercial and creative companies are discussing ways in which they could appropriate the technology for a whole range of purposes. The immersive nature of Oculus Rift makes it ideal — in theory at lest — for use in something like wildlife programming, providing a vivid, close-up experience of unusual environments.”

4. David Attenborough Not the Only Oculus Rift Filmmaker

As we reported earlier this year, the film Zero Point has been optimized for viewing on the Oculus Rift. This may signal the start of widespread film optimization for the Oculus Rift. Facebook’s $2 billion purchase of Oculus may have signaled to filmmakers that this formerly-indie device is ready for the big time.

While Joystiq reports that over 60,000 Oculus Rift dev kits have been sold, insiders believe that Oculus could sell millions of units when public-ready devices finally debut. 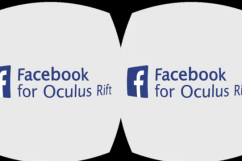