Looking for the latest and greatest Android apps? Here are five new or newly updated apps that you should download immediately.

Learn more about Chadder in the video above.

John McAfee, creator of the widely used McAfee anti-virus software, has been in the news several times over the past couple years. He famously went on the run after one of his neighbors turned up dead. Now he’s making headlines for a much nicer reason: a new app.

Chadder is an encrypted private messaging app. It was last updated on May 14, 2014. You can add your email address and phone number to help people find you, or generate a special code to give to people you want to communicate with.

Get an overview of the 12 Minute Athlete program in the video above.

If you’re looking to get ripped, short bursts of exercise can be just as useful as extended workouts. Brand new for the month of May, the 12 Minute Athlete HIIT Workout app for Android is a great way to get fit fast.

12 Minute Athlete provides you with workout plans that involve minimal equipment. This ensures that you don’t have to spend much more than the price of the app to get healthy. Say bye bye to your expensive gym membership.

Check out AppJudgement’s review of this “iTunes Killer” app in the video above.

Featured on a recent Android Talk list of best music player apps, doubleTwist is one of the few Android apps that plays nice with iTunes. If you’re looking for an app that can bridge the gap between your iTunes media and your Google Play-purchased media, this may be the app you’ve been looking for.

A newcomer to Android devices, Sunnycomb is the top weather app in Japan. Now available in the US, Sunnycomb is a uniquely beautiful weather tool that offers a ton of information at a glance. If you want a weather app that is both elegant and feature-rich, this is an app worth checking out.

Check out CNET’s overview of the IFTTT Android app in the video above.

IFTTT is an app for automating your life. Using basic “If this, then that” rules, you can program your phone to automatically complete certain tasks. It’s a solid productivity tool.

Recent updates to IFTTT’s functionality include a Fitbit channel. Some of the most interesting “recipes” you can set up with IFTTT include automated Fitbit tracking in Google Sheets, getting a text when you get an email marked “urgent,” or automatically sending a SMS to someone after you miss their phone call.

For the best Android mobile experience, we recommend: 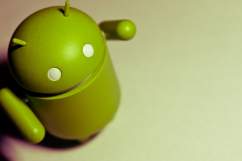