Update: The PlayStation TV will be officially launching on October 14, 2014 for $99.99. 700 games will be available upon launch, which includes PS3, PS Vita and PSP games sold digitally.

PlayStation TV is coming to the US this fall. What is PlayStation TV and should you consider buying one? Here’s what we know so far.

Check out Sony’s announcement of the PlayStation TV in the video above.

PlayStation TV is primarily a plug and play gaming hub. However, in addition games available through PlayStation Now, PlayStation TV can act as a second console to play your PS4 games in another room of the house via Remote Play.

In addition, owners of the PlayStation TV will be able to download, rent, or stream content from the PlayStation Store, Music Unlimited and other entertainment apps. Streaming video and music will both be supported.

2. Some Reviews of PlayStation TV Have Been Critical

I like the branding of the Vita and PlayStation TV as companion devices with PS4 at the center. Would love more AAA Vita games, though.

Going hands-on with the PlayStation TV, Eurogamer was somewhat critical of lag times when using Remote Play. They wrote:

“We ran the PS4 at 720p resolution in order to match the amount of processing the display would need to do on the PlayStation TV signal, then filmed the screen with a high-speed camera at 120fps.

We then looked at the footage and counted how many frames it took for the exact same frame to render first on PS4 before it appeared on PlayStation TV. The result? With a direct WiFi connection, a disappointing 100ms to 116ms latency, with an occasional spike to 150ms. Remember, that’s in addition to the game’s inherent input lag and the latency in your display.”

However, Eurogamer did find a way to improve the lag issues:

“Using the same router we attached PlayStation TV via ethernet, giving a full, wired connection between both devices. We won’t lie to you, latency is still clearly in evidence, but this is obviously the preferred way to utilise Remote Play. Killzone Shadow Fall and Watch Dogs gained a new level of response we hadn’t experienced previously, and we could progress through both games without feeling that the lag was massively intrusive.”

Sony's new PSTV — a tiny box that streams tons of games — could be doomed already. 3 reasons why: http://t.co/WPEihDwdQl via @leokornsun

CNET offers more info about the PSTV in the video above.

A big part of the PlayStation TV’s functionality is tied up in PlayStation Now, which will provide select PS3 titles for use on the device. PlayStation Now is expected to launch later in 2014, provided there are no stumbling blocks in the way of the launch.

“PlayStation Now availability on select devices anticipated in 2014. Additional purchases and registration required. Service not available in all areas. A steady broadband connection of at least 5 Mbps highly recommended.”

In other words, if you’re buying a PlayStation TV, you’ll get the most out of it after PlayStation Now launches…and if you live in an area with great broadband service.

5. PlayStation TV Is Expected to Be Released in November, Priced Under $100

Amazon currently has two pre-order options for the PlayStation TV. There’s the standalone PlayStation TV, retailing for $99.99. Additionally, there’s a $139.99 PlayStation TV DualShock 3 Bundle. That bundle comes with “a DUALSHOCK 3 controller, an 8GB memory card and a digital voucher of the blockbuster hit The LEGO Movie Videogame,” according to Amazon. Note that while the image above shows a white version of the device, only black devices are available for pre-order at this time. 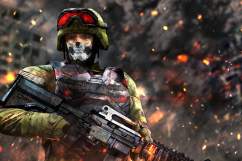