Were you one of the unlucky people that downloaded iOS 8.0.1 before Apple pulled it? Here’s how to ditch iOS 8.0.1 and get back to iOS 8. Check out the video above to see the process you will need to follow in order to fix your device.

iOS 8 has caused a number of headaches for iPad and iPhone users, including issues with crashes, Wi-Fi connectivity, and battery drain. Apple briefly made an update available yesterday, but quickly pulled the iOS 8.0.1 update when it began to cause problems with making phone calls. If you are still having issues with battery life in your device running iOS 8, we’ve put together a guide with some quick fixes for improving iOS 8 battery life.

This has been a bad week for Apple. In addition to all of the problems users are having with iOS 8, the new iPhones themselves have been under fire for an issue with bending. Some users have seen their iPhone 6 get visibly bent after being stored in their front pants pocket. 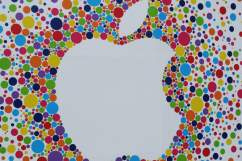 How to Downgrade to iOS 7 & Uninstall iOS 8