If you have an older device, you’re probably wondering if installing Android L is a good idea. It’s a great update with lots of cool features, but will this update make your older phone run slow? If you’re on the fence about installing the Android L update on your smartphone, the video above may help you decide if the Lollipop update is a good fit for your device.

While some newer devices are shipping with Android L already installed, older devices will have to wait for the update to get pushed to their devices. If you want to know when your device is going to get the Android Lollipop update, check out our guide to when Android L will be available on your phone. 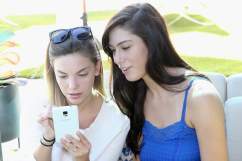