The new Moto X launched earlier this year, and is the successor to last year’s Moto X. The 2014 Moto X has a 13MP F2.25 rear camera. The front camera is a 2MP, but it takes 1080p video. The Moto X comes in a 16GB version, as well as a 32GB Motomaker variant. The Moto X might appeal to you because it lacks the “bloatware” found on other Android phones. 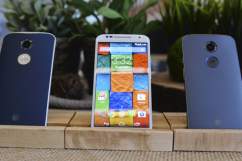 The video above from TechSmartt runs nearly 40 minutes in length. The video includes over 50 tips and tricks for getting the most out of your S5, including how to install a streamlined interface and how to unlock air gestures.

Samsung has packed a ton of great features into the Galaxy S5, including a power-saving mode, IP67 waterproofing, and a great camera. While it may be a bit expensive, this Samsung phone will appeal to those who are looking for a premium smartphone experience.

The HTC One (M8) gets attacked by knives and a hammer in the torture test video above.

The original HTC One from 2013 won a ton of awards, but the new-for-2014 HTC One (M8) is even better. Boasting an even sturdier construction, and improved user interface, and the same great commitment to elegant design, HTC’s new version of the One is a great smartphone.

Looking for a new smartphone? Two solid options include the LG G3 and the newly announced Samsung Galaxy Note 4. See how these phones compare in the video above.

The LG G3 boasts a 5.5-inch Quad HD display, your choice of 16GB or 32GB of storage and either two of three gigs of RAM. There’s a slot for microSD expansion, and a 3,000 mAh battery. The rear camera is a 13.0MP with OIS+ and Laser Auto Focus, while the front camera is a 2.1MP.

The phone will support Qi wireless charging. More importantly, however, this phone offers a “Smart Keyboard” feature. This keyboard reduces input errors by up to 75 percent, according to LG. It works by tracking and analyzing your unique typing habits. 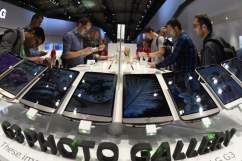 Check out the Z3 and Z3 compact in the video above.

With a 5.2-inch screen and two-day battery life, this waterproof smartphone is ideal for those who don’t want a huge screen on their phone. The Xperia Z3 has a higher megapixel rating (20.7 MP), and a lens that has a wider angle than the old Xperia Z2. This is a great phone for gamers, or for anyone who lives in a wet and rainy climate. 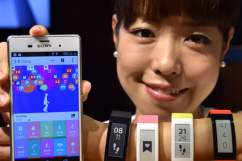