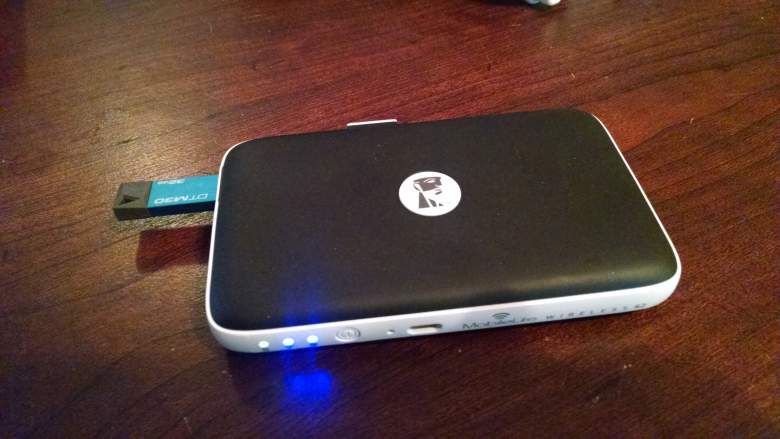 If you’ve ever wanted to extend your storage for a phone that doesn’t have a MicroSD slot — including the newly announced Samsung Galaxy S6 and S6 Edge — you know how frustrating it is. Sure, you otherwise love the phone, but the fact that it doesn’t allow you to expand your internal storage is an unfortunate side-effect you just have to deal with. Sure, there are cloud storage services you could use as a supplement, but Dropbox, Drive and OneDrive all require an internet connection. Now, there’s a better way: introducing Kingston’s MobileLite Wireless G2 wireless media reader that not only allows you to wireless extend your storage but has a handful of other useful features along with it. Here’s what we think of this cell phone/tablet accessory:

The MobileLite Wireless G2 looks like a small hard drive, itself, although it actually doesn’t have its own storage. It measures at just 5.1 x 3.1 x 0.4 inches and weighs just 0.37 lbs, but it still feels a little bigger than it should be give that it is meant to travel with you. On one side of the device is a USB 2.0 port and SD Card slot, and the long side of the device has 3 LED indicator lights, a power button and a micro USB port that is used to keep your device plugged. It’s quite simple and professional looking, albeit slightly bigger than you’d want it to be.

To use the MobileLite Wireless G2’s storage capabilities, you simply connect your phone to the G2’s WiFi and then connect via the Android or iOS app which is free on Google Play and the App Store. Users can use the app to access the files on any USB or SD Card that has been plugged into the G2 using the app’s file manager. It’s also recommended that users make their own password-protected network between their device and their Wireless G2 so that files are secure.

The USB slot allows both USB flash drives and USB hard drives to be accessed, and the G2 comes with a MicroSD adapter included for use with microSD cards. So, basically it will handle any type of storage you throw at it. Within the app, you’re able to transfer files to your Android phone or tablet from any USB or SD device via the G2’s connection, and a 100MB file takes about 30 seconds to transfer. Transferring files to the USB drive from an Android device takes slightly longer, but the difference is negligible. When connecting to an iOS device, however, transfer speeds were significantly slower, with a 100MB file from the USB drive to an iPad Air taking nearly 3 minutes. Bummer.

The MobileLite Wireless G2 can also handle quite a few file types for viewing, including mp4, mp3, and mov. Unfortunately, it doesn’t play MKV files correctly, so if you wanted to use MKV files, you’d have to transfer from the USB device to your phone’s internal memory and open with whatever program you use to view MKVs. But it does play mp4s flawlessly, as well as mp3s.

But the G2 isn’t just about file transferring and managing your files, it also has quite a few other useful features as well. For one, if you can find an Ethernet port to use, the Wireless G2 can become a wireless hotspot. This feature is especially useful if you’re in a hotel or venue that has a crowded WiFi. Now, you can just plug your G2 into the Ethernet port and create your own, secure wireless network. And as far as transfer speeds are concerned, the difference between using the G2’s wireless and a standard router are negligible.

As far as battery life is concerned, the 4640mAh internal battery stays alive for between 12 and 13 hours with normal use. Obviously, when using the G2 to charge your other devices, the battery drains much quicker. And, the more you use the wireless transfer also factors into how long the battery lasts, of course. When using the G2 to charge your devices, it provides a steady charge.

Kingston’s MobileLite Wireless G2 feels like a Swiss Army knife for your phone. Even though it’s a little bigger than it should be, it’s quite a useful device that wirelessly expands your phone’s memory, allows you to create a mobile hotspot, and can gives your device some extra juice. And now that it is under $35, the Kingston MobileLite Wireless G2 is well worth it.

Heavy, Inc. is a participant in the Amazon Services LLC Associates Program, an affiliate advertising program designed to provide a means for sites to earn advertising fees by linking to Amazon. 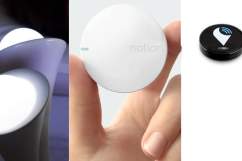