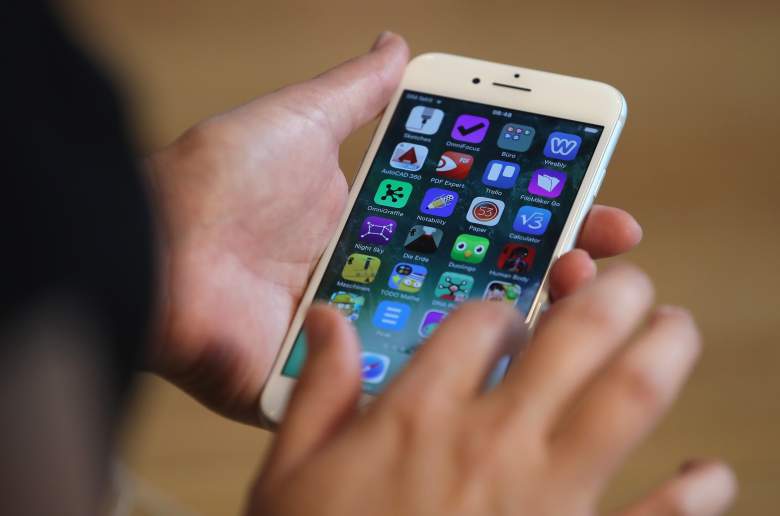 Next year’s new iPhone may get a curved OLED screen. The OLED prototype is one of more than 10 being considered (Getty)

Apple is in the hunt for a chunk of the OLED display market, currently dominated by rival smartphone maker Samsung.

The iPhone could get a slimmer and flexible design as soon as next year, according to the Wall Street Journal. The Cupertino-based company has asked its suppliers to ramp up production of organic light emitting diodes, confirming earlier reports about an iPhone with a curved screen.

OLED technology has appeared in a suite of technology, most notably, televisions. Here’s a quick look at what’s got everyone excited about the emerging technology compared to traditional liquid crystal displays found in most smartphones:

However, replacing the LCDs with OLEDs come at a steep cost. While the OLED market is projected to surpass the LCD market by 2018, several OLED suppliers have stumbled in the face of high manufacturing costs.

WSJ reports that Apple will need to cooperate with its competitor, Samsung, which has cemented ties with OLED suppliers. The South Korean company has invested $10 billion in 2016 on the OLED technology; it’s suppliers include LG Display, Japan Display and Sharp. Apple will likely have to work with Samsung in securing its first batch of OLED displays.

The indebted Sharp Electronics sold itself to Foxconn Technologies, whose executives have questioned the value of OLED technology, reports the WSJ. Because OLED screens can be $50 more to produce than traditional screens, suppliers of the technology aren’t fully convinced in its future.

Instead, they have created alternatives using existing technology. OLED supplier Japan Display has created a LCD display that mimics OLED in its flexibility. The company’s Chief Executive Mitsuru Homma said the company will remain focused on LCD.

“We will invest in developing OLED mass-production lines because that is what our clients want, but the foundation of our business will remain LCD,” Mitsuru said.