Microsoft is holding a Microsoft Windows Mixed Reality event on October 3 for media and developers. There will be no livestream, but according to Twitter, a video will be posted after the event.

Update: Video is now available on YouTube and posted above.

The tech company coined the term “Mixed Reality” to differentiate their headsets from other headsets on the market like the Oculus Rift and HTC Vive. When announced, the headsets were dubbed “the Microsoft Holographic,” but the name was changed before release in March 2016.

Alex Kipman, the inventor of the Microsoft HoloLens and the Microsoft Kinect, is set to host this event. The 38-year-old inventor is presenting at the Microsoft Mixed Reality event on October 3, as he did in 2015 when the HoloLens was first introduced.

Update: Kipman posted a link to a transcript of the beginning of his presentation, including a trailer for  Microsoft Mixed Reality.

The company is expected to discuss each of their new devices, new software and apps available for the products and make some exciting announcements. Each of the devices will be using Microsoft’s motion controller design with different logos on them. The Lenovo controller will be the same as the Dell controller and so on.

According to The Verge, each motion controller has a series of white LEDs at the top that allow the headset to track them. The headset tracks your motion controls even if you turn around or have to grab something behind your back.

Most of the headsets are bundled with the motion controller, so you shouldn’t have to spend anything extra to get your hands on a set of controllers, but double check before you buy to make sure you get the full experience for games that require motion controls.

It has already been announced that Microsoft will be bringing Minecraft VR and Halo to mixed reality. Minecraft has been available for virtual reality headsets before, but this will be the first go-round for Halo. Kipman noted that the developers are working with 343 industries to bring Halo to the mixed reality platform, possibly as soon as this holiday season. We can expect more game announcements to come out at the event on October 3. 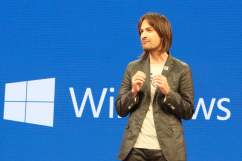 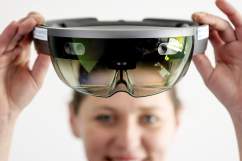