Amazon has finally released the souped-up version of the Fire HD 10 tablet. The new model comes with a suite of improvements including a faster processor, longer battery life, and even better Alexa integration. We previously chose last year’s Fire HD 10 as the best 10 inch tablet under $200, and the new Fire HD 10 is going to be even better while staying at the same $149.99 price point for the 32 GB model. It’ll likely be one of the most popular Christmas gifts this year, and it’s currently available at $50 off for Black Friday and Cyber Monday. 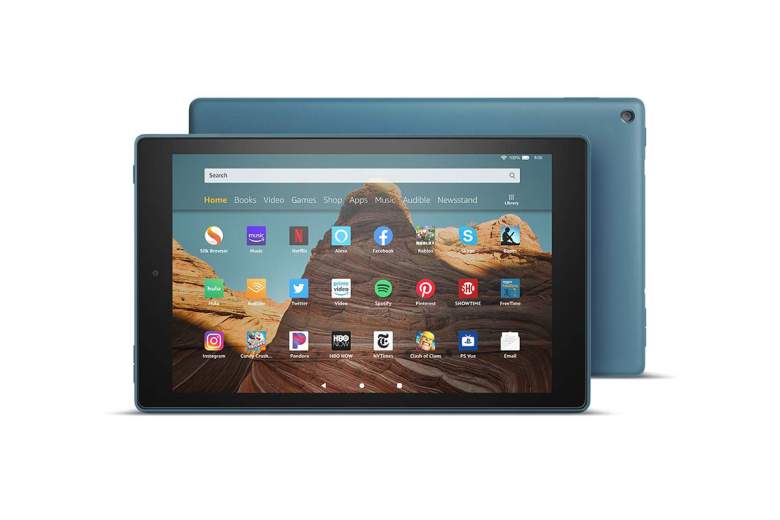 The Amazon Fire HD 10 2019 is a significant improvement over Amazon’s previous model. The tablet’s design hasn’t changed much on the outside, but the tablet’s internals have been almost completely reworked to provide superior performance. Here are the highlights:

The new Fire HD 10 has up to 12 hours of battery on a single charge, which is 20% more than the older model’s 10. This means the 2019 model will easily be able to last through a full day’s worth of use, and maybe even two or more days depending on how much you plan on using it.

The Amazon Fire HD 2019 model is charged using a USB-C (2.0) port instead of the outdated micro-USB used in the older version. This will let the tablet charge faster and will even make it easier for you to plug in the charger—USB-C is symmetrical, so it doesn’t have to be plugged in right-side up. No more fiddling around trying to get your plugs in!

The new Fire HD 10’s octa-core 2.0 GHz processor is about 30% faster than the previous model’s quad-core 1.8 GHz processor. The new model will have seriously increased processing speed, allowing you to switch between apps, stream movies, play games, and browse the web much more smoothly.

Processing speed may not be the easiest feature to appreciate without having the device in your hands, but trust me, this is probably the biggest selling point of this year’s version! 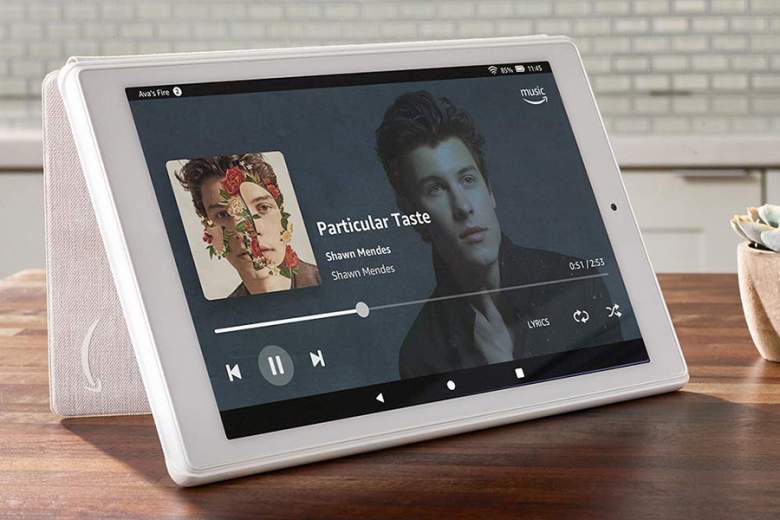 The new Amazon Fire HD 10 has improved specs almost across the board. Here are the details:

The new Fire HD 10 cases are available in Plum, Twilight Blue, Charcoal Black, Sandstone White, and Sage, and they will cost $39.99, which is the same price as the 2017 cases. These cases are designed by Amazon to perfectly fit and protect the new Fire HD 10, and they come with a built-in stand that can hold the tablet in both landscape and portrait orientations. 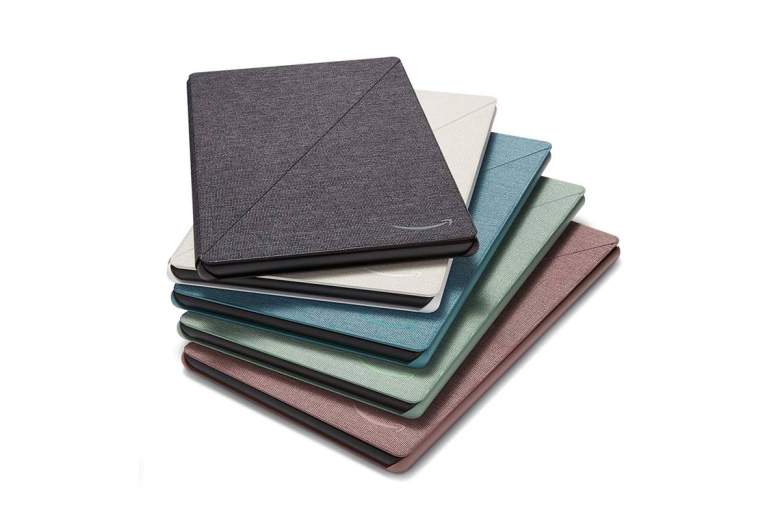 The cases are made of premium fabric with a microfiber interior that protects the screen and keeps it clean. Magnets embedded in the case’s cover keep the case closed while not in use, but the case’s smart design still gives you access to the Fire HD 10’s buttons, ports, and cameras. The tablet is even smart enough to automatically wake or sleep when you open or close the cover.