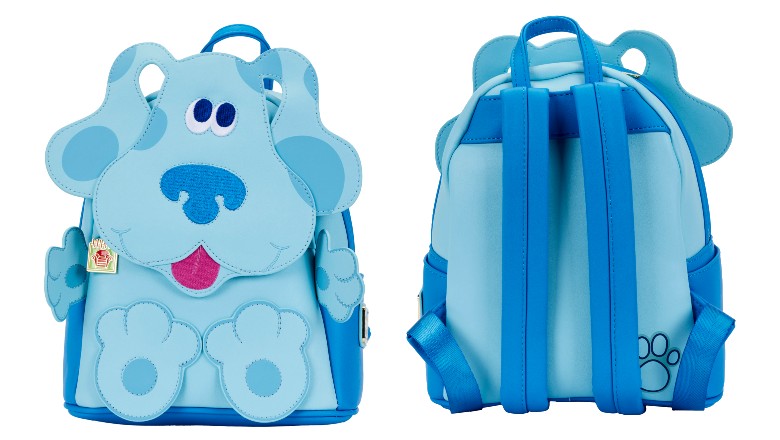 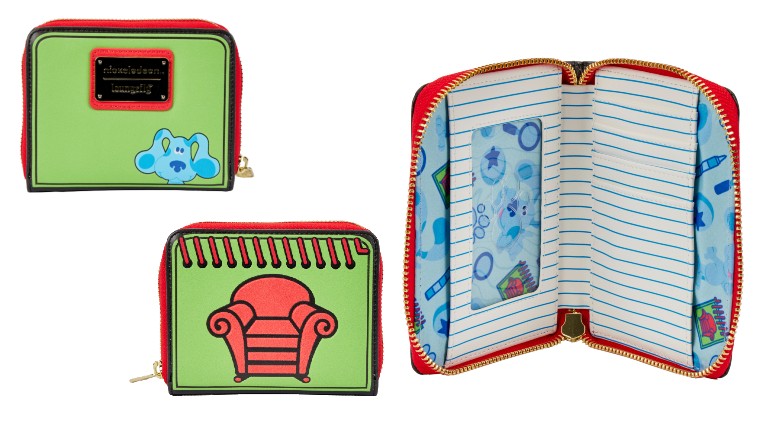 When Will The Loungefly Blue’s Clues Collection Launch?

Pre-orders for the Loungefly Blue’s Clues collection are set to go live in March 2022 with a tentative release date of Spring. You’ll be able to pre-order items over on the Lougefly website. Alternatively, feel free to keep up to date with the latest release information by signing up to the Heavy on Toys mailing list down below.

Originally starting out from a Southern Californian warehouse in 1998, Loungefly is currently one of the leading accessory and clothing brands out there.

Having worked on big-hat brands like Disney, Pokemon, and Star Wars, Lougefly designs a wide selection of pop culture products, including mini-backpacks and wallets, as seen above, and also handbags, totes, and a selection of must-have accessories.

If you happen to have a bunch of large-headed, big-eyed collectible figures around the house, chances are you’ll have heard of Loungefly’s parent company, Funko, who announced purchasing plans back in April 2018.

Who Are Loungefly Products Aimed At?

This is a really easy one to answer. Normally when using the term ‘everyone’ it’s a bit of a cop-out. But the truth is Loungefly products are so diverse they’re suitable for anyone who’s a fan of something (much like Funko Pops).

Whether it’s Pokemon, Star Wars, Beetlejuice, Disney’s Hades, or even Hocus Pocus, Loungefly has something for everyone.

Young, trendy people are going to get the most out of Loungefly’s range, although as someone approaching 40, I’d more than happily rock one of these bad boys and give zero cares as to what people think. You’re as young as you feel, okay?!

What Materials Does Loungefly Use?

Loungefly makes use of high-quality materials including cotton, canvas, and vegan-friendly faux leather.

Is There a Blue’s Clues Funko Pop? 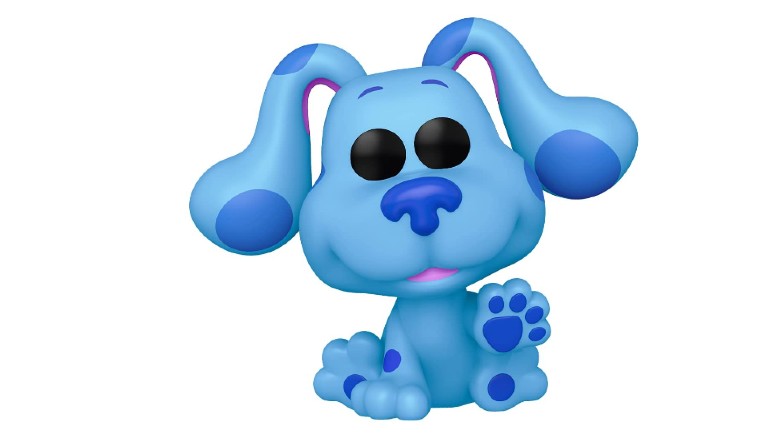 Yes, and it’s absolutely adorable. Just look at that goofy face. What more could you ask for?

This pop in particular is due to hit Amazon on January 29, 2022, is available for pre-order right now, and comes in at 3.5-inches in height. If you’re a collector of the nickelodeon Funko Pop range, you’ll absolutely want to add this little guy to your collection. This cutesy pup would look great next to Donatello or Spongebob.

Alternatively, and if you like living dangerously, you could always team Blue up with any Funko Pop you already own. Whether you’d want Blue next to someone like Pennywise from IT is up for debate, but hey, it’s your collection, arrange it however you want. After all, what’s the point in collecting pops if you can’t create an abomination of a display?

wpDiscuz
0
0
Would love your thoughts, please comment.x
()
x
| Reply
Two brand new Lougefly Blue's Clues accessories are on the way, and you bet we've got all the info you need right here.