If you’ve been waiting (and waiting) to score a big deal on the DJI Mavic Mini Drone, your patience will be rewarded on Amazon Prime Day with a hefty $100 discount on the Fly More Combo. This is the first time the Mavic Mini will be available at a discount since its launch last year.

To take advantage of this sale, sign up to be an Amazon Prime member. But don’t wait to do it: these deals will go quickly. Take it easy on yourself: pick up this DJI Mavic Mini Fly More Combo to take care of some holiday shopping on October 13 and 14 with Amazon Prime Day. 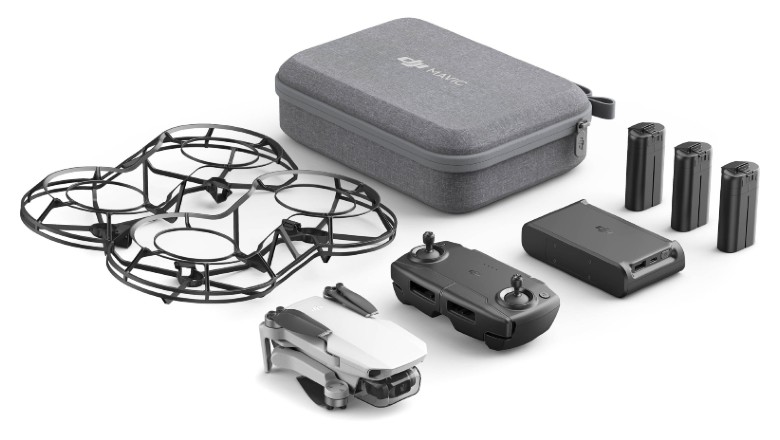 Your entry into the drone flying world has never been simpler or this affordable. Weighing almost the same as the average smartphone, the Mavic Mini can be flown in the United States and Canada without the need to register with the FAA or TCCA. The Mini features a compact form factor while providing an intriguingly powerful flight package.

The Mavic Mini’s weight makes this drone portable and safe for both beginning fliers and veteran aces. Its takeoff weight includes the battery, propellers, and microSD card along with the main unit. The drone can stay in the air longer than similar consumer flying cameras, up to 30 minutes with a fully-charged battery.

Get This Deal Here

The flight controller interfaces with a mobile device (like your smartphone) in order to provide imagery for you to shoot photos and videos with. Most phones are compatible with the Mavic Mini such as iPhone and Samsung Galaxy models. Phones measuring 6.5 to 8.5mm thick and up to 160mm long will fit in the remote controller clamps comfortably. Just be sure to remove the protective cover before attaching your phone.

Shoot aerial photos up to 12MP as well as 2.7K HD video using the DJI Fly app, a highly intuitive user-interface. With just a few taps, anyone can get started quickly and easily. The Flight Tutorial feature will help with learning on the fly (pun intended). Even novices will get smooth shots and footage because of the three-axis motorized gimbal.

If you’re thinking a drone this size won’t stand up to windy conditions, au contraire! The Mavic Mini may be small, but it can hover stably at wind speeds of more than 17 miles per hour. Intelligent GPS systems housed in the unit will make your flight smooth and sure.

While the Mavic Mini is safe and easy, flying tight around obstacles warrants attaching the included propeller guard. Since the drone can get up to 29 miles per hour and 9,800 feet high, a collision at that speed or height would completely wreck your (and someone else’s) day.

DJI produces a number of drones for different types of users. Along with the Mavic Mini drones, they manufacture the nimble Tello series and the professional-grade Phantom. DJI has also entered into the drone racing industry with some interesting products meant to satisfy anyone’s need for speed.

DJI even produces upgrade kits to customize your new little ride. The Snap Adapter provides a way for users to attach small accessories like LED displays or even LEGO while the Creative Kit appeals to the artists in your flight group.

What are you waiting for? Grab this great deal, save $100, and take to the skies.

Get This Deal Here