A script from the upcoming season of Breaking Bad was stolen from Bryan Craston’s car and TMZ just got its hands on the 911 call made by the actor reporting the robbery. 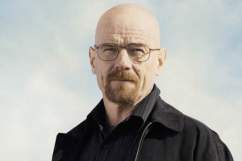 A calm Cranston explained to the dispatcher that a burglar broke the passenger window of his car.

“I need to report a breaking and entering into my automobile,” he told the dispatcher. “They broke my passenger window, and I’m on my way to Albuquerque Audi to turn it in.”

The burglar stole a bag containing the script as well as Cranston’s iPad. Police ended up arresting Xavier McAfee on Friday after someone tipped them off that a man was gloating about having the script and trying to sell an iPad.

“We received info from a confidential informant that he knew of an individual having a script from Breaking Bad and wanted to know if anyone wanted to buy an iPad,” Bernalillo County Sheriff’s Department spokesman Aaron Williamson told E! News.

However, the script has not yet been recovered. Spoilers to come soon?