Take a good look at the above pic. Soak it in. Then, get yourself a bit more prepped for the the return of Marvel Studio’s American superhero in Captain America: The Winter Soldier. The pic below is just a glimpse at the concept art for the film and what’s being prepared for the final product.

Via a press release, the movie/comic book studio unveiled this pic of Chris Evans (Steve Rogers), along with news about S.H.I.E.L.D.’s existence in the film’s plot and who’s behind the film’s creation:

“Captain America: The Winter Soldier” will pick-up where “Marvel’s The Avengers” left off, as Steve Rogers struggles to embrace his role in the modern world and teams up with Natasha Romanoff, aka Black Widow, to battle a powerful yet shadowy enemy in present-day Washington, D.C.

In other Marvel movie news, The Avengers 2 is reported to begin production in early 2014 outside of London (as revealed by Screen Daily). Also, The Hollywood Reporter revealed that Zoe Saldana is in negotiations to play the character of Gamora for The Guardians of the Galaxy film.

As for the planned TV series for S.H.I.E.L.D., Screen Rant reported on the rumor that the show has been re-titled Marvel’s Agents of S.H.I.E.L.D. Production on the show’s pilot episode wrapped up two months ago and ABC is still deciding if it’s willing to pick up the entire series.

Here’s the unofficial plot reveal, via Inside TV:

Joss Whedon (MARVEL’S THE AVENGERS, Buffy the Vampire Slayer) shows us not all heroes are super with MARVEL’S AGENTS OF S.H.I.E.L.D.
Fresh from his role in the summer’s box office smash, MARVEL’S THE AVENGERS, Agent Phil Coulson (Clark Gregg) returns to the worldwide law enforcement organization S.H.I.E.L.D. He puts together a small, highly trained, team of Agents to tackle the cases that haven’t been classified yet, the new, the strange and the unknown. That team consists of straight arrow Agent Grant Ward (Brett Dalton), an expert in combat and espionage; pilot and martial artist Agent Melinda May (Ming-Na Wen); and brilliant if socially awkward scientists Agent Leo Fitz (Iain De Caestecker) and Agent Jemma Simmons (Elizabeth Henstridge). They’ll be joined by civilian new recruit and computer hacker Skye (Chloe Bennet).

Prepare for an epic adventure that showcases the hope and wonder of the human spirit. This is a world of Super Heroes, aliens and the unusual – of action, spectacle and world spanning stories. The show will speak to the human condition through the lens of our very human, non-powered S.H.I.E.L.D agents – that together we are greater than we are apart, and that we can make a difference in the world. 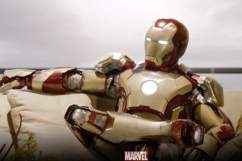