Clint Eastwood’s wife Dina, who has been facing problems with depression and anxiety, has checked into rehab at a facility in Arizona. TMZ reports that the veteran actor’s wife is not being treated for substance abuse. Here are some quick facts you need to know about the reality star’s trip to rehab.

1. Dina Checked Herself In 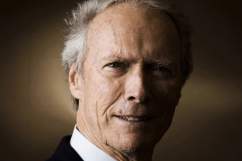 2. Clint and Dina Were Rumored to be Having a Feud


Before she checked into rehab, Dina’s marriage to Clint Eastwood was on the rocks, according to the National Enquirer. At Clint’s daughter Alison’s wedding in March, the couple were spotted together but hardly interacted. An eyewitness said the couple sat together for the ceremony, “but but they didn’t look happy and barely interacted with each other. Clint mainly kept to himself.” The 82-year-old kept a low profile, while Dina upstaged her stepdaughter by arriving in a red gown.

3. Before the Wedding, They Hadn’t Been Seen Together Since 2011


Up until the wedding, Clint and Dina Eastwood hadn’t been photographed together since November 2011. The couple have been spending time apart, with Dina living in Texas and Hawaii while Clint stayed at their mansion in Carmel, California. Clint was last seen two weeks ago with his daughter Francesca at Coachella, according to the Daily Mail. 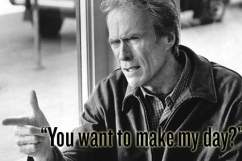 4. Clint Was Not Pleased with Dina in Her Reality Show


The National Enquirer claimed that Clint Eastwood didn’t seem pleased with Dina starring in the reality series Mrs. Eastwood & Company. The reality show, which premiered in May 2012, chronicled the lives of Dina and her two daughters, Francesca and Morgan. Dina was also managing the a cappella group Overtone, who were staying with them at their mansion. Morgan Eastwood posted on her Tumblr page that another season of the show was not in the cards for her family right now, saying “its just kind of too much for us.”

5. This is Clint’s Second Marriage

Clint Eastwood’s 16-year marriage to Dina is his second. The actor was previously married to Maggie Jonhson in 1953 and divorced her in 1984. Clint has fathered seven children, two from Johnson, one from Dina, one from his relationship with actress Frances Fisher, and three from numerous affairs back in his early acting days.