On September 20, 2013, race car driving fanatics will have a reason to spend outrageous prices in the movie theaters. Rush, a biographical action film written by Peter Morgan and directed by Ron Howard, focuses on the 1976 Formula One racing season.

After surviving a deadly crash at the 1976 German Grand Prix at the Nürburgring, Formula One driver Niki Lauda (Daniel Brühl) makes his return to the road. This time, he makes a comeback to face his rival James Hunt (Chris Hemsworth) in their pursuit of the 1976 World Championship at Fuji in Japan.

Check out the film’s first trailer above. 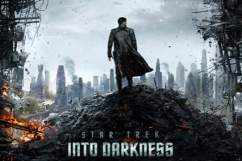