According to Amanda Bynes, she has an imposter out on the loose and we must act fast if we want to stop them! Perezhilton.com reports, Amanda was spotted in Buffalo recently, prowling the streets with her pup while wearing her wig. But, when a photographer confronted Amanda asking why she was there, she responded:

Share this if you think Amanda needs to get a clue!

Someone get this girl a map! Has Amanda’s sanity, or at least her GPS, gone completely out the window?

Am I the only one convinced the girl that tweets as Amanda Bynes is an imposter? Like the stuff she says is just too good to be true

One theory floating around is that she has an imposter lurking about, impersonating the child star in person as well as on Twitter. Apparently, even Amanda claims this is the case! She recently sent a tweet regarding the alleged wig-wearing copy cat, saying:

OH MY GOD! THAT'S NOT ME! They morphed my face onto someone with a different face shape! I'm suing any site/magazine that shares that image!

Do you agree that Amanda might have an imposter lurking in the shadows? Pass it on!

Do you believe her? Or, is someone’s just trying to cover their behind so they don’t have to take responsibility for their recent behavior? Oh, Amanda!

@AmandaBynes is officially validated. That has subsided all my doubts of an imposter tweeting for her.

So, in case you were considering giving Amanda the benefit of the doubt… you might not want to be all that generous. 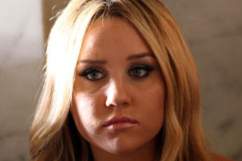 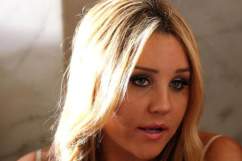 Amanda Bynes is Faking It: Admits Twitter Rants Are “All An Act”

Share Tweet Email
Read More
Amanda Bynes, Celebrities, Twitter
Amanda Bynes was recently stopped by photographers, but when questioned denied all suspicion of being there. Amanda claims she has an "imposter."