Are Billy Ray Cyrus and Tish Cyrus getting back together?

TMZ.com spotted Billy Ray Cyrus and Tish Cyrus walking arm in arm on Sunday afternoon when they took their daughter Noah out to lunch. Last time we checked… freshly submitted divorce papers don’t usually end in cuddling. But, apparently that’s exactly what the two were spotted doing. According to TMZ, Tish couldn’t get enough of Billy Ray as she rested her head on his shoulder during the family outing. Could the used-to-be couple be patching things up again?

Maybe something happened that brought the two loving parents back together. Could it be… daughter Miley Cyrus’ new music video for “We Can’t Stop”? After all, last we heard it was Miley’s Hannah Montana fame that ended up tearing the family to shreds. So, why not bring it back together?

Like how embarrassed do you think billy ray Cyrus is right now…. pic.twitter.com/8hRqNge6gD

Miley’s got some material in her new video that’s sort of rough on the eyes, especially to a father. It’s not everyday that a father wants to see his daughter twerking for the world… or ever. Unfortunately, we think Billy Ray and Tish might be suffering from an “achy break heart” right now. But hey, if that’s what it takes to bring them back together then we’re all for it!

Billy Ray Cyrus was very clear when he said don't break his heart, his achy breaky heart. You have officially done that, Miley #wecantstop 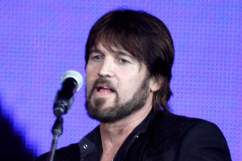 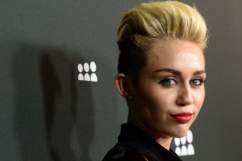