Johnny Depp recently shared some unpleasant news with the world during an interview with BBC on Monday… According to E! Online, he said this in his interview:

I wouldn’t say that I’m dropping out any second, but I would say it’s probably not too far away.

Share this if you don't want Johnny to go! 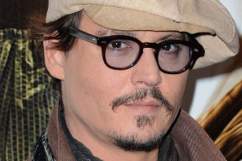 Johnny Depp Opens Up On Breakup with Vanessa Paradis

Then he clarified some of the philosophy behind his decision, saying:

At a certain point, you start thinking, and when you add up the amount of dialogue that you say per year, for example, and you realize that you’ve said written words more than you’ve actually had a chance to say your own words, you start thinking of that as a kind of insane option for a human being.

Do you think Johnny is giving up for good? Pass this on.

Ahhh, now we get it. Very true, Johnny. But, is Depp truly looking for a “quieter” lifestyle or, is the jaded star just mad that Lone Ranger didn’t quite make it up, up, and away like he thought it would?

Johnny Depp wants to quit acting after The Lone Ranger bombed. Ironicially, I wanted to quit watching movies after seeing the Lone Ranger.

Do you think Johnny’s disappointment by the outcome of The Lone Ranger is what left him in pieces over his career?

Read More
Celebrities, Johnny Depp, Movies, The Lone Ranger, Twitter
Johnny Depp hints that his career in acting is over after "Lone Ranger" fails and claims he's tired of reading from scripts and wants to be his own person.