Kris Jenner used a fake baby – well, it was her stylist’s baby – to fool her new audience on the opening of her new talk show. No baby North West just yet, folks.

Jenner then addressed the audience to explain when they will actually get to see Kim and Kanye’s bundle of joy.

I get asked all the time, when are you going to show the baby? Kim just has to do that on her own time. Let her have privacy for a little bit. When she comes out, she comes out.

That’s right. Baby or no baby, Jenner then dove into the entire story of Kim’s emergency birth where they had to dodge the paparazzi, use secret entrances, run down alleys, avoid mogul Steve Wozniak, and duck down on a floor wearing no underwear. Have no fear. If you missed the episode, Jenner’s talk show will be available on YouTube!

We’re putting full episodes of the @krisjennershow on YouTube every day at 5pm PST so everyone can watch! http://t.co/qJP17ZfAGZ

Share this if you can't help but agonize over seeing baby North West for the first time!

In the meantime, check out the clip Mama Kris posted below, which features her daughters Khloe & Kourtney along with her stepson Brandon in the front row of the audience.

A behind-the-scenes look at the first time Kris Jenner walks out onto the stage of her new show…… http://t.co/IsmVQo00BC 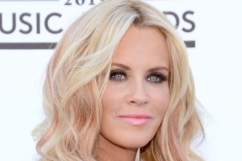 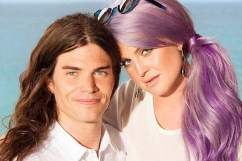 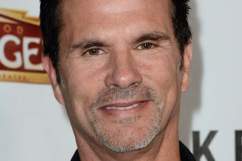