The MTV Video Music Award Nominations Are In. So, who’s nominated for what, who will everyone vote for, and which artists are at the top of the board? Check out our 5 Fast Facts to find out all the juicy details.

Best Pop Video, Best Male Video, Best Collaboration, Video of the Year, Best Direction, and Best Editing. Damn, Justin. Save some room for the other artists. Bruno Mars, Miley Cyrus, and 30 Seconds to Mars have several nominations as well.

Two VMA nominations!! If you vote and get us one, I promise to keep a firmer grip on the mic this time ;) http://t.co/nK9rhV95RP

With two nominations this year, Swift says she’ll be sure to keep a firm grip on that mic for her acceptance speech if she wins, so she wants her fans to vote now!

Other Celebrities are racking up votes for themselves on Twitter as well.

Taking a rest during press pic.twitter.com/NaxROYk9oi

Whether it’s funny jokes or sexy photos, celebrities in each category are promoting themselves across Twitter to earn votes.

Right back at ya! @TaylorSwift13, @Macklemore, @EdSheeran & more are pumped for their #VMAs nominations: http://t.co/cpp7cMPfLG

3. We Have Our Predictions

Let’s hold our breath and see which ones we get right.

Artist to Watch – Austin Mahone, What About Love

Best Video With a Social Message – Snoop Lion featuring Drake and Cori B., No Guns Allowed

Best Cinematography – Thirty Seconds To Mars, Up In The Air

If you want to vote, you can click here. The only requirements are that you’re a legal US resident who is 13 years or older. And, you cannot be an employee, sponsor, or affiliate of Viacom, who owns MTV.

5. One Direction & The Wanted Were Left Out

""One direction aren't nominated for any VMA's this year"" pic.twitter.com/tZUGyYFVCd

Fans are outraged that their favorite boy bands were not nominated for a single category. Ouch!

"Austin Mahone is nominated for a VMA but The Wanted isn't" pic.twitter.com/ixB8WMxP8i 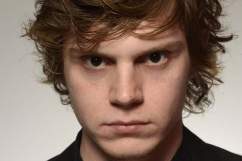 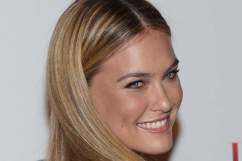