Drake recently released a new song featuring Big Sean and 2 Chainz called “All me,” from his newest album Nothing Was The Same.

Check out this recording of the song from MTV:

Drake released his song just in time for his OVO Festival performance scheduled in Toronto on August 5.

Since the launch of OVO Festival on August 2, 2010 surprise guests that Drake has brought have… http://t.co/d6wQTDQwsW

According to Globalgrind, he and rapper Wale are to perform during the festival, along with a few other unnamed guests. Although — one of the guests expected to perform on the 4th, Frank Ocean, is officially bailing due to vocal chord “injuries.” 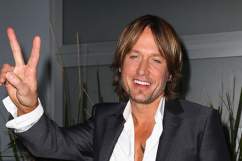