Season 13 of American Idol is slowly approaching, and so is a fresh new table of judges…

Did you hear?! It's confirmed: @KeithUrban will be back at the judges table for American Idol XIII. We love you KU! #IdolKU #TCAs13

It’s official, Keith Urban is returning to his place at the judges’ table on American Idol. After everyone, including Veteran Randy Jackson exited the show this past season, we never thought any of them would be returning. We’re so glad we were wrong!

Urban isn’t the only thing happening on the American Idol front though. Nothing is official yet, but according to MJs Big Blog, it’s been rumored that Jennifer Lopez may return as well. Kevin Reilly reportedly confirmed the news about Urban on the Television Critics Associated tour in Beverly Hills. 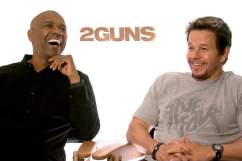 But there’s more! You’ll never guess who’s up next on the list of celebrities rumored to join the panel…

It’s country singer Kimberly Perry from The Band Perry! As reported by Taste of Country, the “If I Die Young” singer would be a “beautiful addition” to the show, and would mesh well with Keith Urban’s similar country taste.

Stay tuned to find out who else might join the judge panel as well as more judge confirmations for Season 13 of American Idol!