Katt Williams gave a woman in a wheelchair $1,000 in cash right out of his pocket after learning she was in dire need of a kidney transplant, reports TMZ.

The comedian was wrapping up a show in Boston when a member of his security team noticed the fan was crying in the audience. The woman insisted that she was crying “tears of joy” after laughing for the first time since doctors told her she was in desperate need for a new kidney. She was taken back stage to meet Williams, who briefly left the room, and when he returned he handed her a folded up sheet of paper. When the woman opened it, she was shocked to find $1,000 in cash along with a signed note that read “God never leaves.”

The grateful woman later told TMZ that the gift was an “awesome surprise” and that she at first thought the package was full of weed.

News of the comedian’s generosity is a refreshing change of pace after Williams made all sorts of headlines last year including an incident in which he slapped a Target employee and sped away on a motorized tricycle. 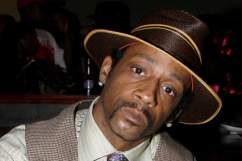