Simon Cowell’s socialite pregnant lover, Lauren Silverman, has allegedly fired a list of demands at the television producer and has threatened to deny him access to their child if she doesn’t get them, reports the Daily Mail.

News just broke on Wednesday that Silverman’s husband, Andrew, filed for divorce, citing adultery by his wife and naming Cowell as a co-respondent. It was also revealed that Silverman and Cowell are expecting a baby.

Now, the socialite is accused of being a “gold digger” and sources say that she is firing a string of outrageous demands at Cowell, including marriage and her own reality television show.

“Lauren is now going around telling people that she will be in charge of all his properties around the world and has demanded a country home in the Cotswolds,” a source said. “Lauren has also started to push Simon to turn her into a reality TV star. She wants her own show like the Kardashians and has already apparently started filming the pregnancy.”

Cowell, however, won’t give in that easily. The source says the X Factor boss has denied her demands.

“Simon is horrified and has said no,” the source went on. “He is already talking about creating separate baby wings in all his homes for Lauren and the baby. His mansions are huge and he will effectively be allowed to carry on with his own life without disruption. He has no problems looking after his heir. That is all he is interested in and he will ensure Lauren has a roof over her head in order to raise his child.”

Cowell and Silverman are said to have met while on vacation in Barbados seven years ago, but have only started their relationship about one year ago. Though Silverman is 10 weeks pregnant, her husband, who she already has a son with, only found out about the baby a month ago. He filed the divorce papers at Manhattan’s Supreme Court on July 15.

“I am committed to sorting things out with Andrew as amicably as possible to ensure the well-being of our son,” Silverman said in a statement. “I would hope for some space and privacy in order to work through this.” 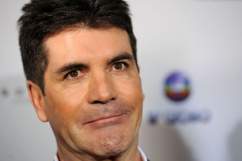