AMC just posted a commercial for the series finale of Breaking Bad, featuring the song Junip’s Line of Fire.

A series of clips from this season are overlaid with the indie song, with very pertinent lyrics, like:

The final episode of Breaking Bad has been revealed to be called Felina, an anagram of “finale.”

But “felina” also has another meaning:

The Breaking Bad series finale airs this Sunday, September 29 at 9 PM EDT on AMC and will run for 90 minutes. 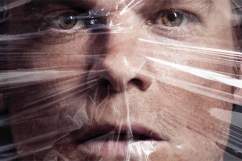