Universal Pictures has revealed that the new installment to the Jurassic Park series is currently in production. Jurassic World has been announced as a prequel for the popular dino-movie series.

According to CBS, Colin Trevorrow, who worked on last year’s “Safety Not Guaranteed” will be taking on the duties of director. Steven Spielberg, who directed the first two films of the series, will be filling a producer role. Joe Johnston, who directed the last Captain America film, directed the third movie.

The Jurassic Park series has grossed $1.9 billion in box office sales since the first film’s release in 1993. 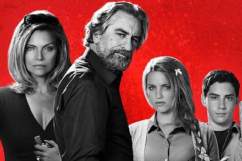