Former star of The Hills, Kristin Cavallari is pregnant with her second child. Cavallari and NFL husband Jay Cutler are expecting baby number 2, according to Radar Online.

We want to have a second sooner rather than later. We’re working on it!

The couple is hoping to give their son a baby sister to play with.

Obviously, I want a little girl, but if I had another boy I would be so excited as well. 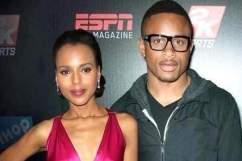