UPDATE: Amanda Markert speaks out to TMZ about the custody issues and says she would now be willing to co-parent with Pauly D.

The news just broke yesterday that DJ Pauly D from MTV’s Jersey Shore has a baby, but now it seems things have taken a bad turn. 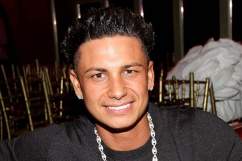 Pauly D’s baby mama, whose name is Amanda Markert, is in a custody war with her baby’s famous daddy. Pauly D wants a Nevada judge to handle the case, while Markert wishes for a New Jersey judge to rule. TMZ states that:

Nevada judges are more likely to give the father custodial rights than Jersey jurists. In Nevada, there’s a presumption that both parents should get joint custody. There is no such presumption in Jersey. Now as we reported, Pauly wants FULL custody, but having joint custody as a fall back is better than nothing.

Living in Vegas, it would be much easier for Pauly D to attend court hearings if they are held in Nevada, rather than New Jersey. But, if the case is handled in Nevada, Pauly would actually end up paying more in child support. Apparently, he understands this, but having custody is the key factor to him. According to TMZ:

Pauly doesn’t think the woman is a fit mother — he points to the fact that she once worked at Hooters. He’s also concerned because the woman, who’s only 25 years old, has another kid.

So, is this really something Pauly should be concerned about? Whatever the case, both sides have filed court documents and Pauly D is seeking some sort of custody of his child, which is understandable. Pauly has not seen his daughter and would like to become a part of her life.

Allegedly, Amanda is a gold-digger, posting the following photo of the baby with 100 dollar bills in her high chair. TMZ attained the photo below:

Reportedly, Amanda is treating baby Amabella like a “winning lottery ticket.” Though it was reported yesterday that Pauly D was trying to form a relationship with the mother, it seems things are quite rocky. While these are the reports, we’ve spoken to good friends of Amanda and they say she is anything but a gold-digger. Read more about Amanda in the below article: 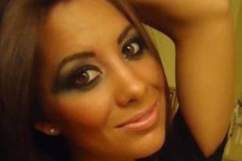 To check out photos of Pauly’s daughter, click this link:

Read More
Celebrities, Jersey Shore, Pauly D, Twitter
Pauly D seems to be in hot water with his baby mama Amanda. There's apparently a big custody battle going on and it's not pretty. Read on for details.