Dolly Parton appeared on the Queen Latifah show and tried her best to rap for the Queen saying things like “I don’t hip and I don’t hop.” It’s clear that Dolly may have heard a rap song at some time in her life (Rapper’s Delight probably), but probably not in the last decade or so. While she can get some credit for her opening line “Queen Latifah the queen of her own hood, but I’m the queen of Dollywood,” Parton’s sense of rhythm and flow makes her rapping leave more than a bit to be desired.

Check out the video of her on the show above. For more Queen Latifah videos, check out her YouTube.

If you want to witness a feel-good Dolly moment, tune in to her amazing live rendition of Jolene. Never gets old. 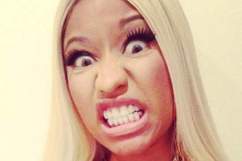