Spider-Man is back on the job for his upcoming big screen adventure.

Peter Parker is going toe to toe with Electro (who’s being played by Jamie Foxx). Along with this electricity powered super villain, there may be two other super powered nemesis’ who’ll be facing off with good ol’ Spidey – Rhino and the dreaded Green Goblin. Three new teaser trailers recently popped up online for the film, which reveals a bunch of sneak peek scenes at Spidey’s upcoming adventure.

Check out the international teaser scenes above and get hyped for the first official trailer that will hit the web on December 5, 2013!

Share these new teaser trailers for The Amazing Spider-Man 2!

Not only are these teaser trailers available for everyone to see, but the planned banner for the film has been showcased all over the web too. A few clues lie hidden in this HD banner image for the film. Three villains to contend with this time? Spider-Man has his fair share of problem for this next film:

For a better look at the new Green Goblin (Harry Osborn), check out this clearer image below:

And here’s two HD pics of Electro and the new Rhino: 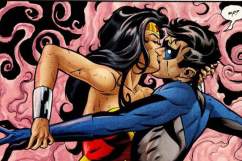 Nightwing & Wonder Woman Will Be in the Batman/Superman Movie?

Here’s the official plot synopsis and release date for the film from FirstShowing.net:

The Amazing Spider-Man 2 is directed by Marc Webb and written by Jeff Pinker, Roberto Orci and Alex Kurtzman. Peter Parker (Andrew Garfield) finds, life is busy between taking out the bad guys as Spider-Man and spending time with the person he loves, Gwen (Emma Stone), high school graduation can’t come quickly enough. Peter hasn’t forgotten the promise he made to Gwen’s father to protect her by staying away, but that’s a promise he just can’t keep. Things will change for Peter when a new villain, Electro (Jamie Foxx), emerges, an old friend, Harry Osborn (Dane DeHaan), returns, and Peter uncovers new clues about his past. Sony will release Amazing Spider-Man 2 in theaters next summer on May 2nd, 2014. 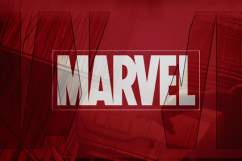