Ringo Starr and Yoko Ono were happy to accept the Lifetime Achievement Award for the 2014 Grammys’ Special Merit Awards. They weren’t the only ones collecting the award that night though. Along with The Beatles, Clifton Chenier, The Isley Brothers, Kraftwerk, Kris Kristofferson, Maud Powell, and Armando Manzanero each received the award as well.

For more winners from the 2014 Grammys: 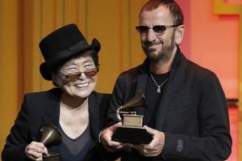 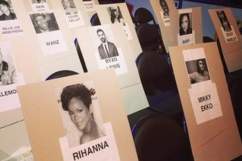