This upcoming 2014 film is literally of Biblical and epic proportions. Be prepared to brave the dangers of the violent seas come March 28, 2014!

Here’s the official movie trailer for Noah that aired during the 2014 Super Bowl. Every year, viewers of 2014’s biggest American football game are lambasted by big ads and movie trailers. Some of the biggest summer blockbusters for the coming year get brand new trailers that showcase the most exciting scenes and inner plot workings.

For any hardcore sports fans out there who want to hit up a bunch of events this year (FOR FREE!), check out the following details for this contest. Twitter users just need to tweet and use the hashtag #TheFloodisComing and follow @NoahMovie. The winner will win tickets to 40 sports events in 2014.

Hit up this LINK for more details on how to win. 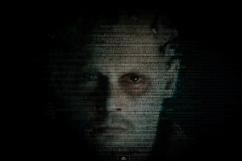