Rachel Brosnahan, who plays high school dropout-turned-prostitute Rachel Posner in House of Cards, knew from a young age that she wanted to be an actress. The Illinois native worked hard to pursue her dream, and Hollywood is noticing her effort.

Here’s all you need to know about the 23-year-old rising star.

1. Her Role on ‘House of Cards’ Was Only Supposed to Consist of 5 Lines

Brosnahan plays a call girl and was only supposed to be on the series for two episodes. Now, she is returning for its second season. The show’s writer, Beau Willimon, told the Chicago Tribune:

She had done such a fine job those first two episodes that I started exploring what it would mean to bring her character back and fully three-dimensionalize her. Rachel was so fantastic when we brought her back that I just wanted to write for her more and more.

The actress told the Daily News about her lucky break on the popular Netflix series:

I had very few credits and they had no reason to believe that I could do anything. They took a massive chance and created, I think, one of the more interesting characters on that show.

2. She Was Raised in Highland Park, Illinois

In an interview with her local paper, the Chicago Tribune, Brosnahan spoke about her early start in building her acting skills with her mother’s books on tape:

I would listen to these amazing narrators (telling) these stories using all different voices, and I used to imagine what the worlds would look like. I think there was something about that imagining that made me want to act. I found I could so easily imagine those worlds.

During her time as a student at Highland Park High School, she landed a gig.

In The Unborn, a horror flick produced by Michael Bay, she starred alongside Odette Annable and Gary Oldman.

3. She Was in ‘Beautiful Creatures’

Brosnahan was in this high school witch-themed film with Zoey Deutch and Alice Englert, pictured above.

The 2013 fantasy film was based on a young adult novel of the same name by Kami Garcia and Margaret Stohl.

4. She Graduated From NYU’s Tisch School of the Arts

After graduating from NYU’s Tisch Drama School in May of 2012, she moved to L.A. for pilot season and was cast in Beautiful Creatures.

The cast of @HouseofCards is at the #Emmys and I'm in NYC eating a gherkin. #winner pic.twitter.com/Add596WWTz

In 2013, she starred in the first-ever revival of The Big Knife as Dixie Evans, a Hollywood starlet.

She dished to Broadway.com about her being the youngest in the cast:

I’m the youngest member of the cast by quite a lot, so it’s been a lot of listening and observing.

Acting alongside Bobby Cannavale each night was a dream for the young starlet.
She said,

Bobby is Bobby. He’s a god. The idea of [working with him] was intimidating, but he’s a big kid at heart, and so kind. 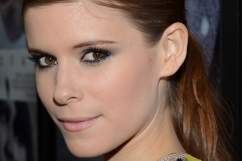 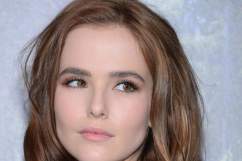 Read More
Bobby Cannavale, Celebrities, House of Cards, Kate Mara, Kevin Spacey, Netflix, TV
Rachel Brosnahan is the name to watch in Hollywood. The 23-year-old had her part on House of Cards extended and has already tackled Broadway and film roles. Here's what you need to know about the young starlet.