For those who didn’t know much about 28-year-old Hawaiian crooner Bruno Mars, his Super Bowl halftime show surely got him noticed. The music industry has embraced his pop anthems, and girls all over the world have fallen in love with his lyrics.

Mars was recognized for his talent in 2011, when he won his first Grammy, for Best Male Pop Vocal Performance, and received six nominations. This year, he was nominated for five, and took home one for Best Pop Vocal Album.

Here’s what you need to know about the singer who serenaded football fans with his fancy footwork and soulful voice.

1. He Was Arrested for Cocaine Possession

My hands are cold.. what? pic.twitter.com/aEEdYnx2

On September 19, 2010, the young singer was arrested at the Hard Rock Hotel & Casino after he was found with 2.6 grams of cocaine. It was just as his first solo single, “Just the Way You Are,’ was rising toward number one. He was charged with cocaine possession.
Mars,” claimed he had never used drugs before.

According to The Huffington Post, the plea deal was for Mars to spend a year on probation, pay a $2,000 fine, and do 200 hours of community service and undergo drug counseling.

2. He Likes to Sing About Sex

The song “Locked Out of Heaven” is one of pop songs where he refers to sex. He told GQ:

The verses to me are what really makes that song: Swimming in your water is something spiritual.

In another song on his new album, Unorthodox Jukebox, called “Gorilla,” he sings, “You and me, baby, making love like gorillas.”

Mars told GQ why he chose that phrase.

Mars brought model Jessica Caban to the Grammys as his date. When he dedicated his win to his late mother, Caban visibly frowned, causing a social-media frenzy. 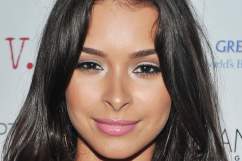 His dad was a Puerto Rican Jewish percussionist from Brooklyn and his mother, a singer and dancer from the Philippines. He got the nickname Bruno because he looked like a famous wrestler, Bruno Sammartino, when he was little.