After intense backlash on social media and by Muslim advocacy groups in the United States, ABC Family has decided to pull their controversial pilot Alice in Arabia. The show, which was announced on Wednesday, March 19, was planned to be about an American teenager living in Saudi Arabia, against her will, with her conservative Muslim grandfather. After intense backlash over the pilot synopsis, Buzzfeed acquired the script and confirmed everyone’s fears. The show was, in fact, racist.

According to Deadline, the Council on American-Islamic Relations, the largest Muslim civil rights organization in the country, wrote a letter to ABC Family on Wednesday when the pilot was announced, saying, “We are concerned that, given media references to the main character ‘surviving life behind the veil,’ the pilot and any resulting series may engage in stereotyping that can lead to things like bullying of Muslim students. As the nation’s largest Muslim civil rights and advocacy organization, we are concerned about the negative impact this program could have on the lives of ordinary Arab-American and American Muslims.”

The official statement from ABC Family on the cancelation of Alice in Arabia reads:

The current conversation surrounding our pilot was not what we had envisioned and is certainly not conducive to the creative process, so we’ve decided not to move forward with this project. 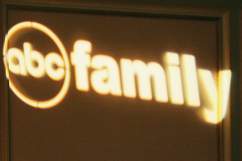 Read More
Breaking News, Racism, TV
After incredible backlash to the pitch of their new show Alice in Arabia, ABC Family has pulled the plug on the pilot.