In the high-tech gold rush of modern Silicon Valley, the people most qualified to succeed are the least capable of handling success. Beavis & Butthead creator Mike Judge brings his irreverent brand of humour to the new comedy series Silicon Valley. Partially inspired by Judge’s own experiences living in a Silicon Valley 1980s, the show straight from HBO kicks off its eight-episode season exclusively on The Comedy Channel, Wednesdays from April 9 at 8:30 p.m., just three days after it debuts in the U.S.

The show features an awesome lineup of young comedy hotshots. Richard (Thomas Middleditch) is a computer programmer living in the Hacker Hostel start-up incubator along with his best friend, Big Head (Josh Brener), pompous Gilfoyle (Martin Starr) and dry-witted Dinesh (Kumail Nanjiani). These social misfits live under the watch of Erlich (T.J. Miller), a dotcom millionaire who lets them stay in his house for free — as long as he gets a 10 percent stake in their projects.

After a failed pitch to billionaire venture capitalist Peter Gregory (Christopher Evan Welch), Richard seems destined to remain at his job at the tech company Hooli, founded by the megalomaniacal Gavin Belson (Matt Ross). When Monica (Amanda Crew), Gregory’s head of operations, and Jared (Zach Woods), a Hooli executive, realise the value of the site’s search algorithm, a bidding war erupts between Belson and Gregory, with Richard caught in the middle. 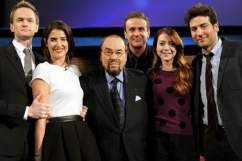 WATCH: ‘How I Met Your Mother’ on ‘Inside The Actors Studio’