Fans of Dancing With The Stars hope and dream of a romance between contestant Meryl Davis and former ballroom bad boy Maksim Chmerkovskiy. Read on for the Top 5 reasons these two really need to start dating.

1. Davis Brings Out Maks’ Goofy Side

Getting ready for #DWTS premiere with @Meryl_Davis & @MaksimC . Watch it Monday night at 8|7c on ABC! https://t.co/LT0brbWS70

In the past, we’ve seen Maks as the edgy bad boy on Dancing With the Stars. After a hiatus from the show, Maks returned and was paired up with Meryl Davis. This season, we’ve seen a different Maks, a softer Maks, and definitely a sillier Maks.

Maks knows how to kick back and have a little fun now that Davis is in the picture.

2. There Was An Instant Attraction Between the Two of Them

Watch this scene, showing Meryl and Maks’ first encounter. When Meryl tells Maks that she is single, Maks takes this as very good news.

3. Maks Confides in Meryl & She Is Able to Calm His Fears

Maks had a rough time last week and felt a lot of pressure in the competition, which made him very scared. Have a look at Maks losing control a little and sweet Meryl as she’s able to reel him back in to make him feel better.

4. Their Chemistry on the Dance Floor Is Magic

Do you agree with Carrie Ann? #DWTS pic.twitter.com/vBcf1eL5lV

In every dance they do, Meryl and Maks just have this undeniable chemistry. We hope this carries on once the competition has ended …

5. Maks Seemed to Get Very Jealous When Davis Had to Dance With His Brother

When Dancing With the Stars had their “switch up” episode where each of the contestants changed partners, Meryl was put together with Maks’ brother Val and Maks became quite jealous. It was very cute.

Maks was paired with Danica McKellar and after their performance, guest judge Julianne Hough even said she felt that Maks was basically going through the motions with Danica because he couldn’t wait to get back with his normal partner Meryl. 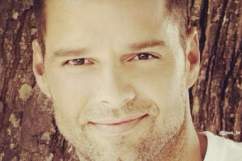