Outkast performed their first reunion show at Coachella last night and we’ve got the video of their amazing set. The legendary duo started out with their old hit “Bombs Over Baghdad” and the crowd went crazy. Coachella has officially begun!

Andre 3000 and Big Boi’s show drew a massive crowd to the main stage of the festival, but also mixed reactions, as they played a set relatively low on production values and featuring a host of strange props, including a taxidermy polar bear, a small table and chairs, an Atlanta street sign and a bicycle.

Whatever the case, fans clearly loved it as Outkast has begun trending all over Twitter with tweets praising the band. 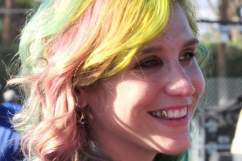 PHOTOS: Coachella 2014 Day One – All the Stars You Need to See